Last night an enthusiastic crowd of retailers, agencies, designers and manufacturers gathered at the Hilton Amsterdam to celebrate the winners of this year’s international private brand design competition. This year’s competition included more than 300 entries from 25 countries and 49 retailers around the world, attendees included many of the European winners as well as representatives from their agencies.

We were pleased to have both the Best in Show Winner and the Publishers Choice Winner in attendance.

First-time entrant and Best in Show/Gold winner Spanish retailer Consum were accompanied by Maslow, the agency who created their winning entry Kyrey for Men, Male Deodorant

Not to be missed was the design team from Daymon who won multiple awards for multiple retailers.

This website uses cookies to improve your experience while you navigate through the website. Out of these, the cookies that are categorized as necessary are stored on your browser as they are essential for the working of basic functionalities of the website. We also use third-party cookies that help us analyze and understand how you use this website. These cookies will be stored in your browser only with your consent. You also have the option to opt-out of these cookies. But opting out of some of these cookies may affect your browsing experience.
Necessary Always Enabled
Necessary cookies are absolutely essential for the website to function properly. This category only includes cookies that ensures basic functionalities and security features of the website. These cookies do not store any personal information.
Non-necessary
Any cookies that may not be particularly necessary for the website to function and is used specifically to collect user personal data via analytics, ads, other embedded contents are termed as non-necessary cookies. It is mandatory to procure user consent prior to running these cookies on your website.
SAVE & ACCEPT 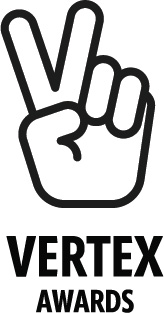