The Vertex Awards jury is composed of highly respected and experienced branding and package design professionals, handpicked from the retail, private brand and design ries around the world. Thank you to the panel for dedicating their time, knowledge and hard work to adjudicate this year’s competition. 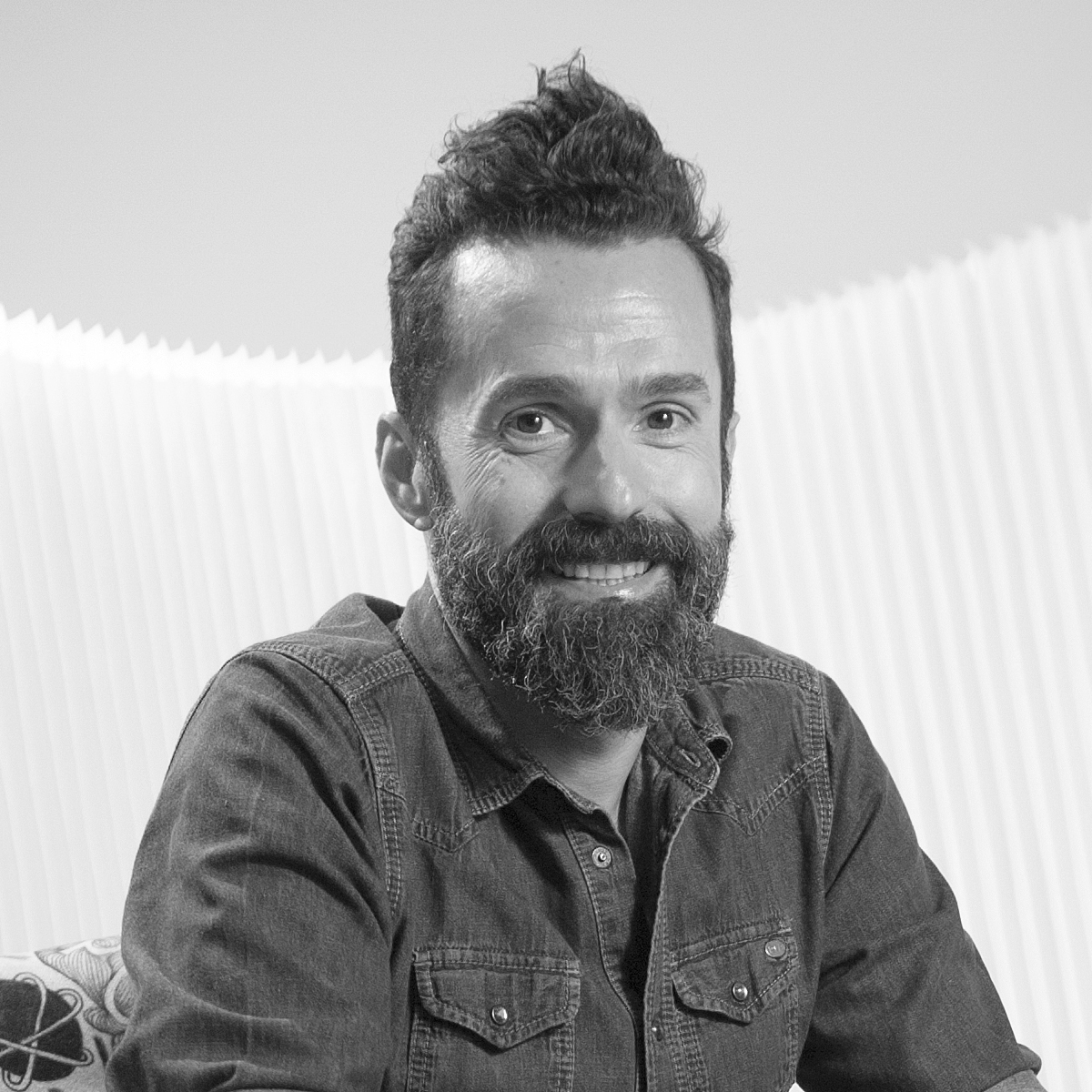 Since beginning his career 20 years ago, Paco has always been associated with branding and the packaging design. In 2003 he created Supperstudio, Branding & Contemporary Solutions Agency. Awards have included the Vertex Awards, D&AD Awards, Pentawards, Laus, Sol, Best Pac, He currently teaches in the Master of Marketing of the Faculty of Economics and Business in Bilbao. 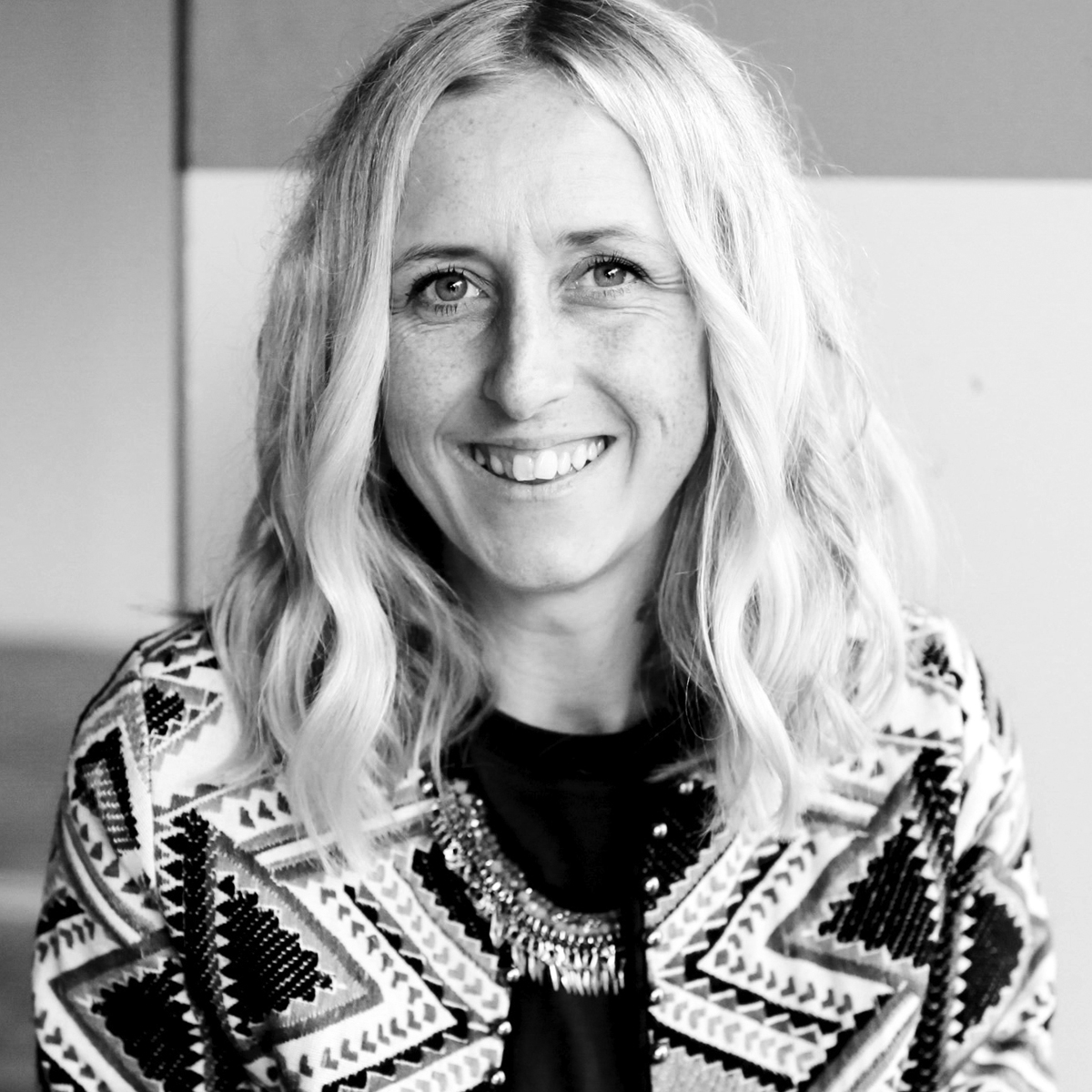 After 10 years at one of the top London branding & packaging agencies, Danielle founded The Creative Pack based in Los Angeles, California. She is dedicated to exceptional creative work and strives for high service standards in everything TCP does. Their work for large retailers, independent brands, and small startups has been rewarded with over 20 international awards including the Vertex Awards, HOW, GDUSA and American Graphic. 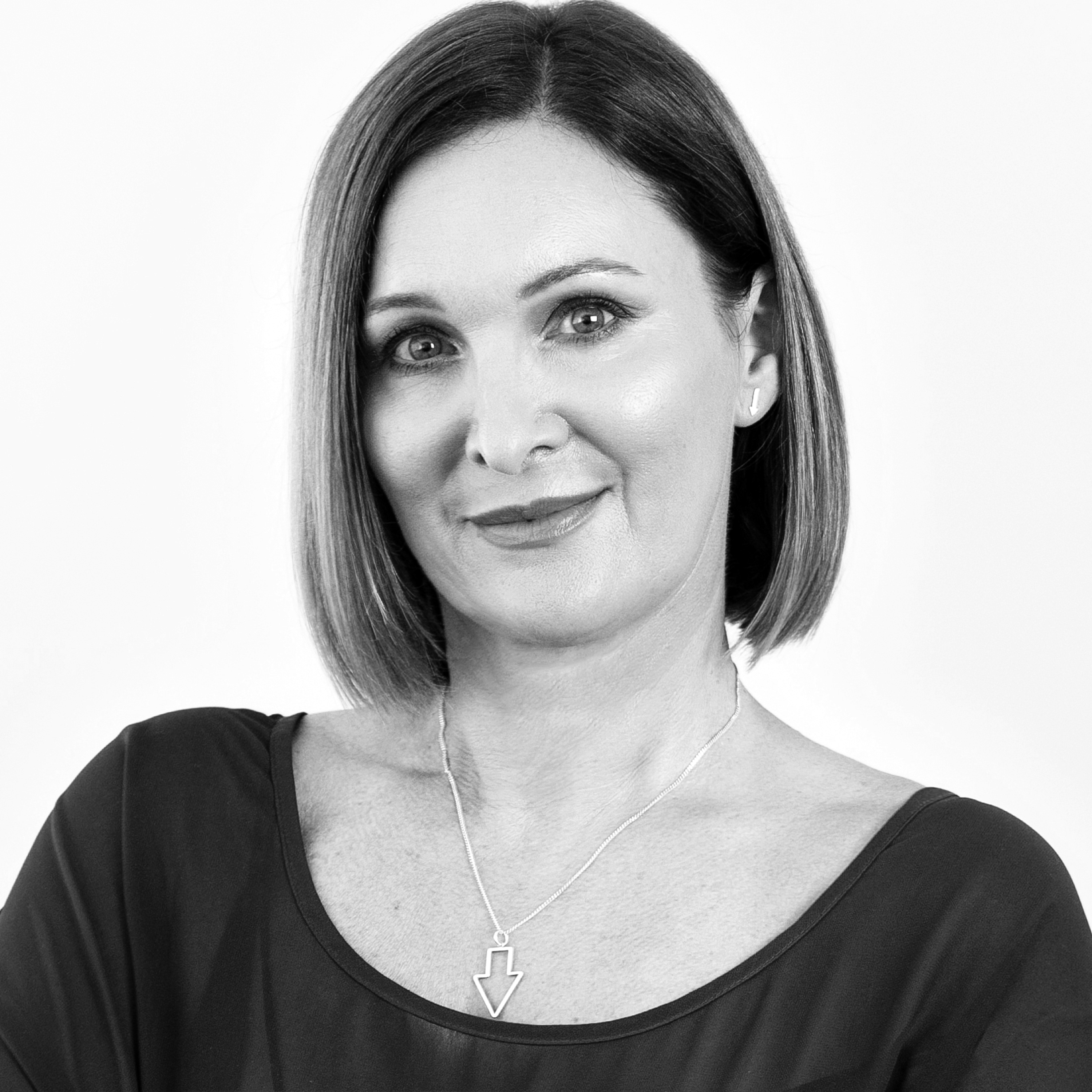 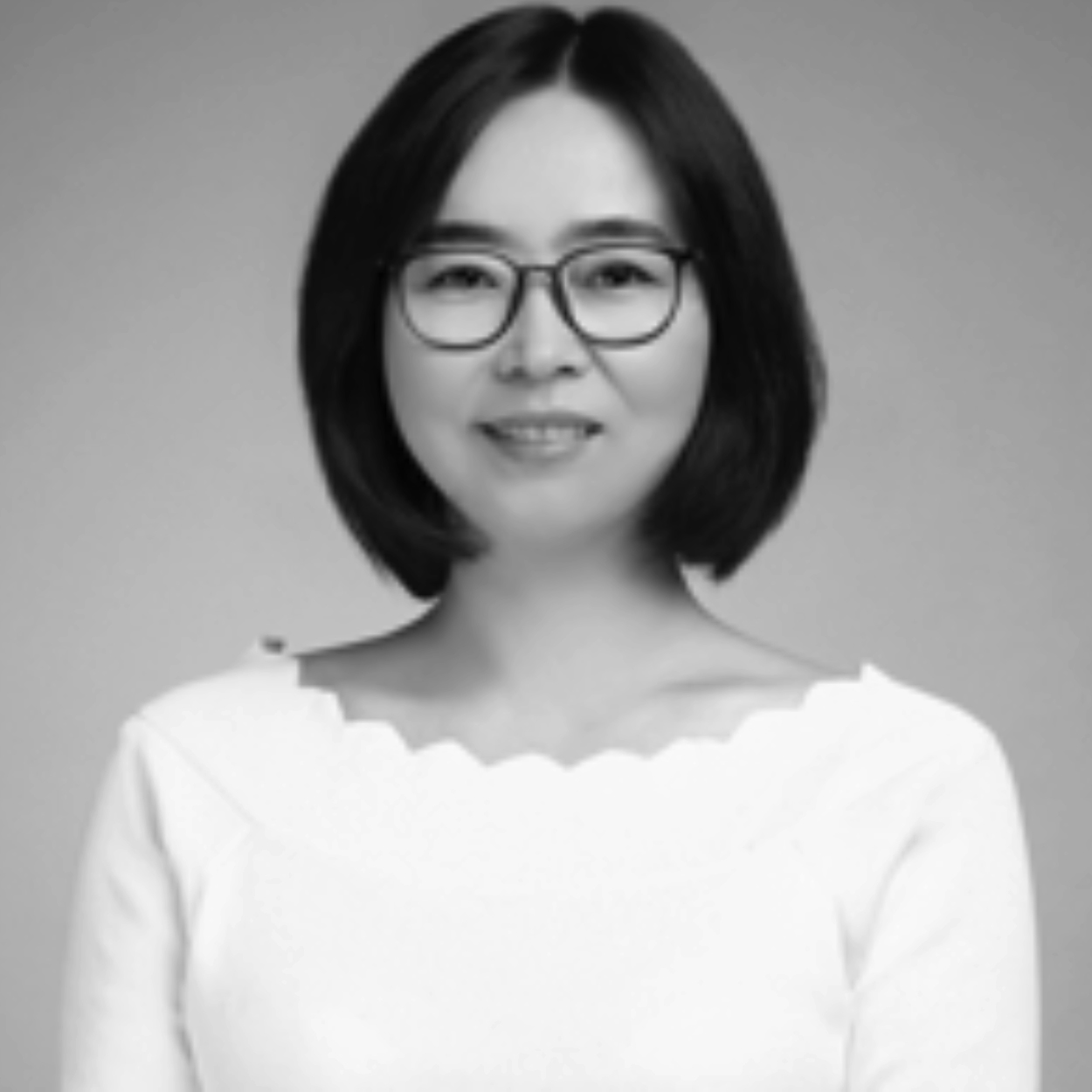 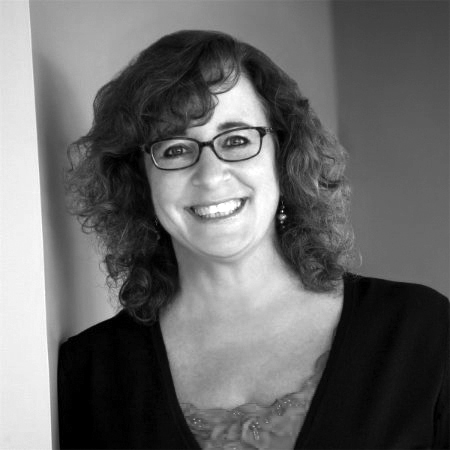 A 25-year pioneer in creative management, Dubuc’s key talent is to combine a career’s worth of branding experience into something personal and unique for each and every client. BJ’s Wholesale Club, Smart & Final, The Home Depot, WinCo Foods and PriceSmart are among the retailer programs she currently runs. 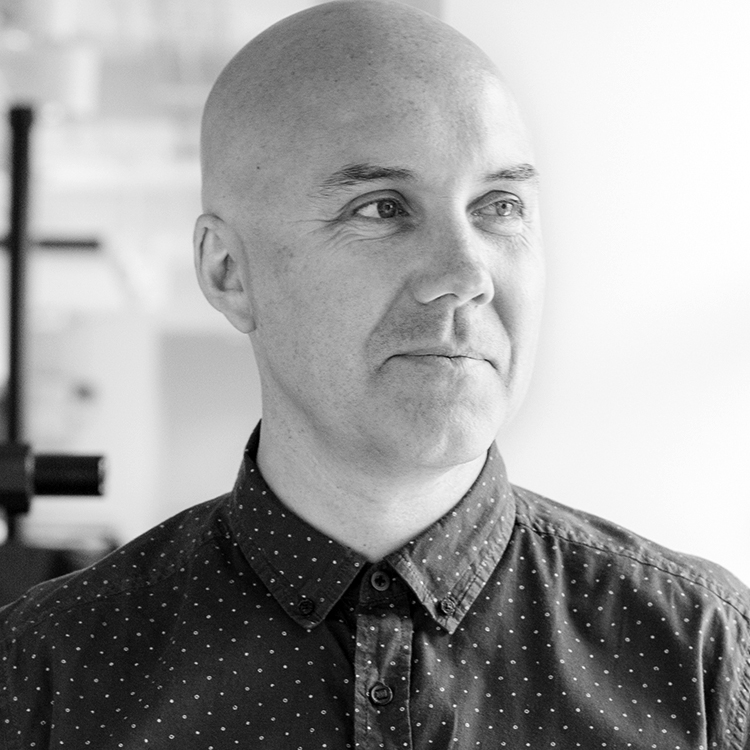 Michael Duffy is the Global Creative Director with Equator and has been with the agency since 2003, co-founding its expansion from the UK to the US in 2008. Michael has over 20 years’ experience specifically within the private brand sector which includes some of the globe’s top retailers.

He leads Equator’s global creative teams, ensuring that everyone works together and collaborates effectively delivering Equator’s unique “All under one roof” approach.

Michael is committed to nurturing and fostering new talent and is resolutely focused on thoughtful guidance and building a culture where creativity is at the core of everything they do.

His vision is to continue to lead and develop market changing strategy to shift the landscape in the US by harnessing Equator’s global experience. As someone that has a passion for creating brands that stand out and challenge convention, Michael believes that every brief has the potential for tactical thinking and great design. 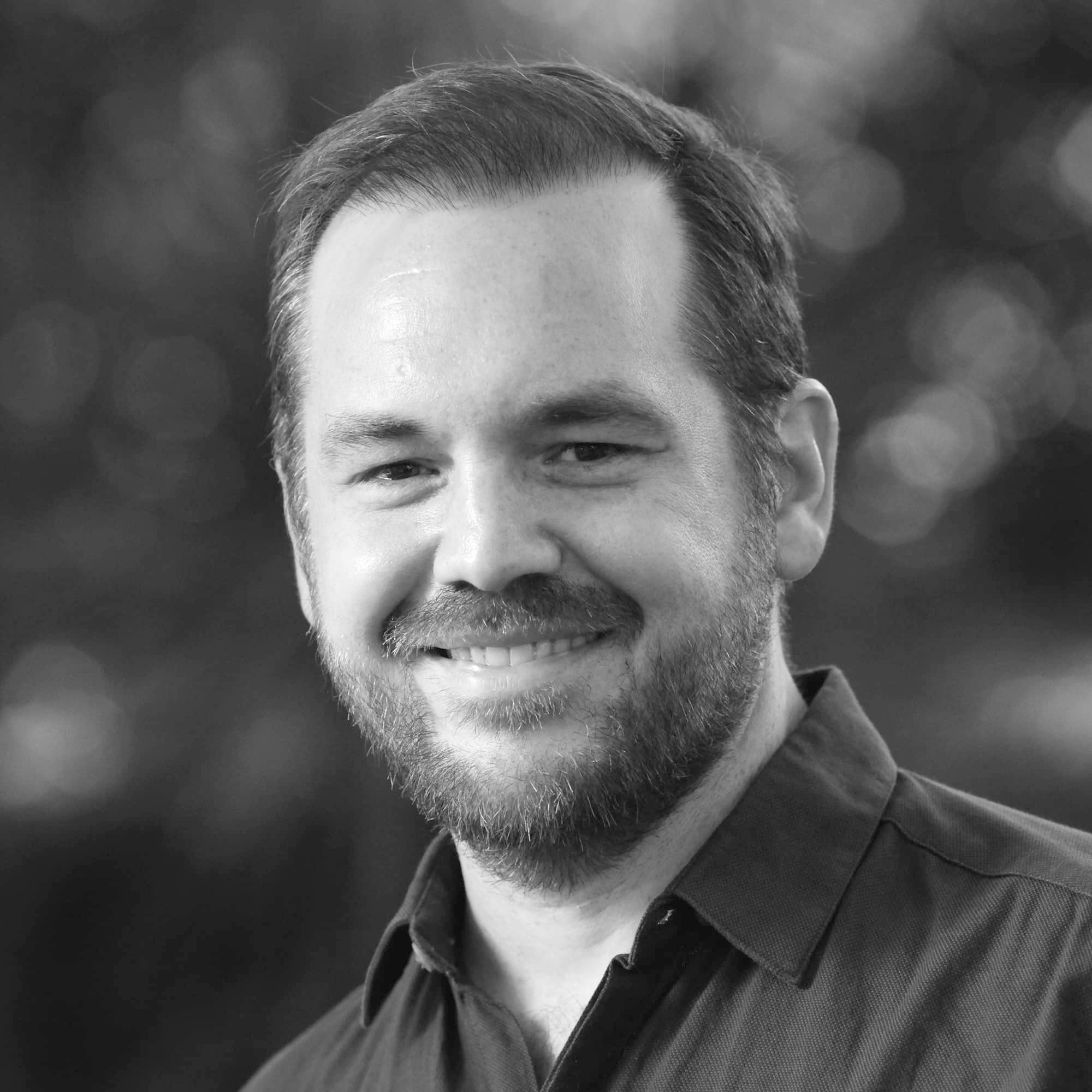 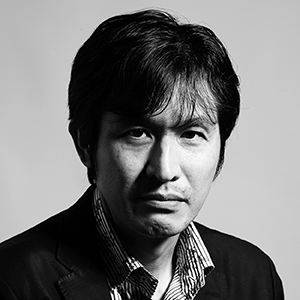 A board member of the Japan Package Design Association, Eto has over 25 years of package design and advertising experience. His designs have been recognized nationally in Japan and globally. He has also served on the jury of the A’Design awards and competition, Japan Package Design Award, and The Dieline Awards. 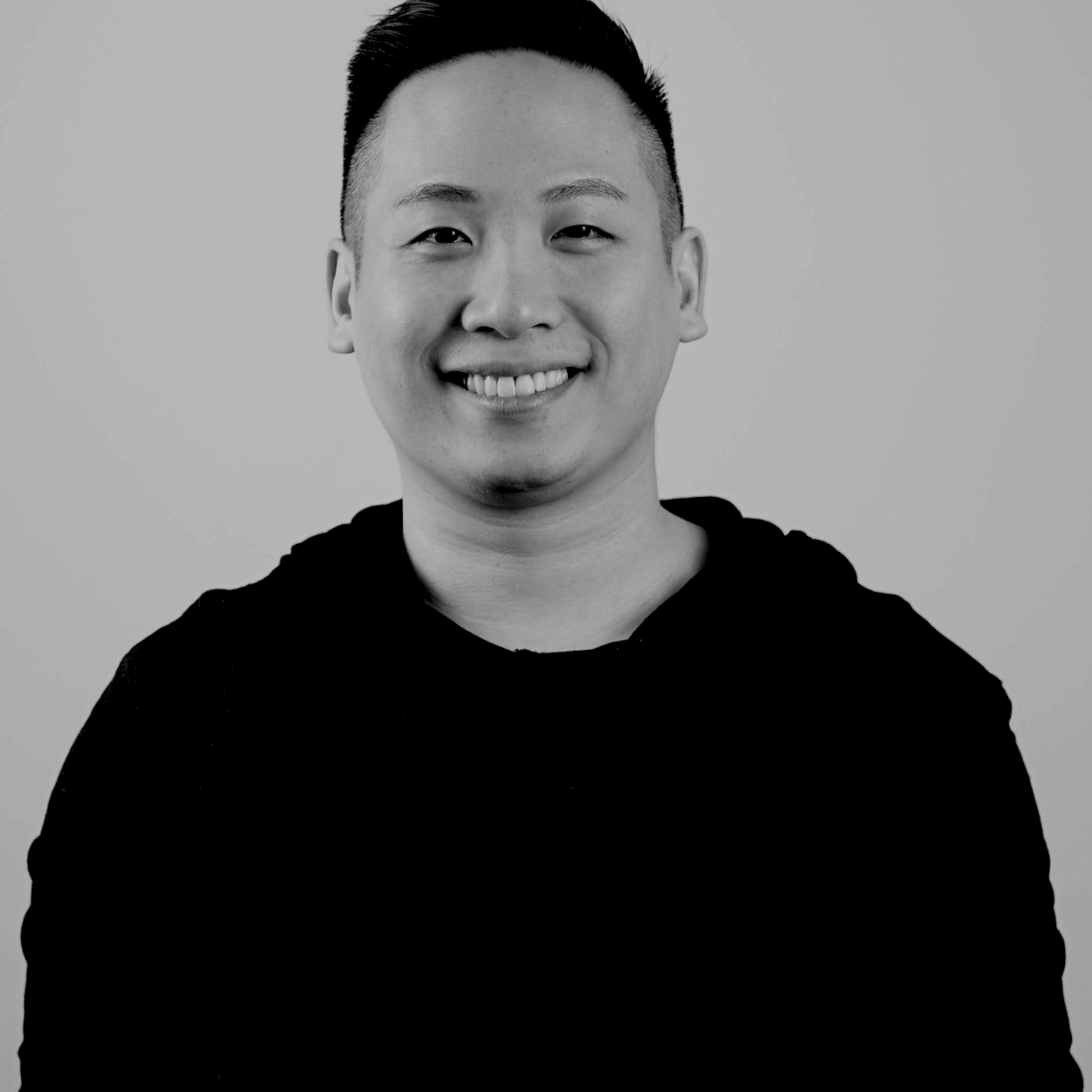 Chris is a co-founder at Boxed, an e-commerce startup destroying rainforests by delivering convenience and toilet paper in bulk. He is also a partner at Blackgate Ventures, having previously invested in prison social networks and blockchain technology for coffee shops.

In a previous life, Chris worked at a number of Fortune 500 companies in a variety of roles. Blessed with insomnia and fluctuating states of unemployment, he also developed businesses ranging from auctioning clothes off the backs of Korean pop stars, to selling vampire-themed fan apparel to tweens, to defrauding Facebook’s nascent ad platform, and all while sleepwalking through his day jobs.

Chris barely earned his Bachelor’s in Economics from Johns Hopkins University and is in the midst of seeking a refund. Currently, in self-imposed exile having been diagnosed with linkedinitis (symptoms which include compulsively referring to himself in the third person), he spends his leisure time financing companies that may one day grant him mutant powers. 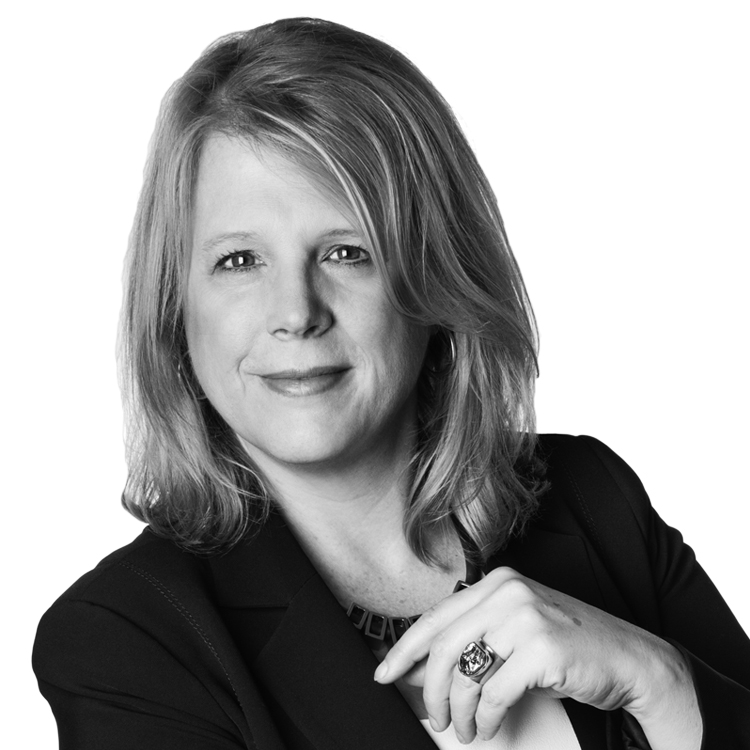 A creative visionary with over 25 years experience, Charlene leads the FISH creative team through her Rigorous Design approach.

Firmly believing in the transformative power of design, Charlene and her team have crafted exceptional Brand Coherent design solutions for clients such as Sobeys, Fujifilm and Burnbrae Farms.

With numerous design awards and accolades—including Canada’s Fastest Growing Companies by Profit 500—Charlene’s innovative approaches have led her to being recognized as one of Canada’s top 100 Women Entrepreneurs. 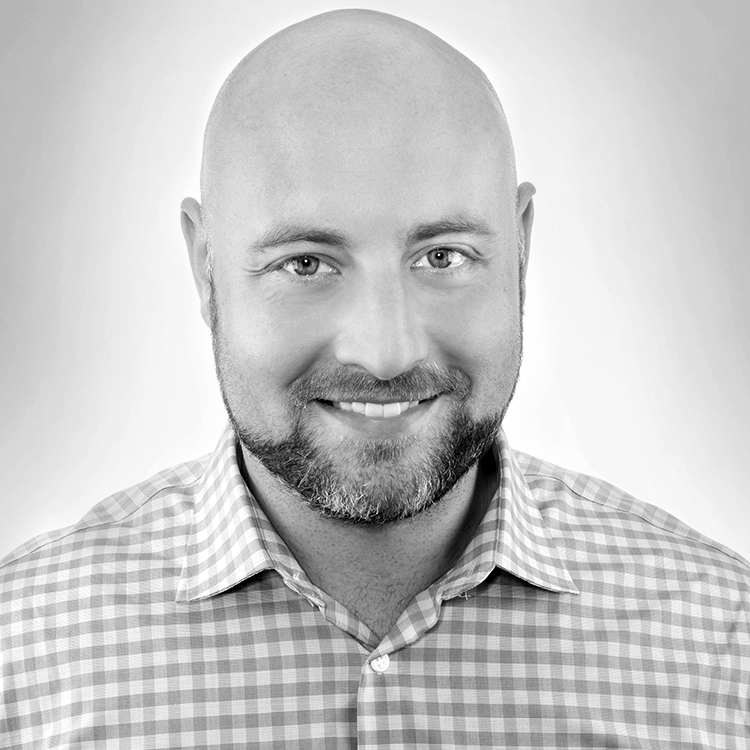 Steven Cox is a New York Based Creative Director, with 15+ years experience leading award-winning, branding and packaging design teams. Steven is a strong conceptual thinker and strategically focused designer. He believes in a hands-on approach to creative development that focuses on creating a supportive team culture. His branding and design experience is a unique mix of national and private brands; Steven is currently the Creative Director at Daymon where his focus is dedicated to the creative evolution of private brands. 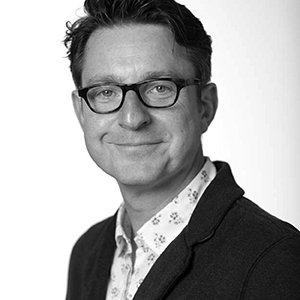 Loe Limpens studied Fashion design at the Academy of applied arts in Maastricht and Design Management in Rotterdam in the Netherlands.

He was responsible for the successful visual repositioning of Albert Heijn in the 2001-2008 period, in which Private Label packaging design played a vital role this period Loe supervised the restyling of more than 10.000 Private Label SKU’s. Key elements in the success of this operation were speed to market and cost effectiveness.

For over 25 years Loe has been working for Private Label manufacturers, design agencies and leading retailers.

Loe has become a leading expert in retail Design and retail Brand architecture. He is a co-author of “Private Label Uncovered”, a 2011 released overview of mayor Retail Brands developments and “Managing Private Labels”, its 2015 released successor; Sharing knowledge from research and practice.

Loe is trained in the creative and strategic side of private label packaging and retail design and is a Jury member for several packaging design awards and a sought-after keynote speaker on Design and Private Brands. 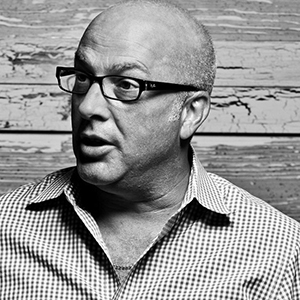 Prior to joining CBX, Todd was vice president of marketing and consumer research for Daymon Worldwide, a global $10 billion sales and marketing company specializing in retail development of private label programs.

Todd has published articles on private label branding for PLBuyer, My Private Brand and Progressive Grocer. Todd has also spoken at FMI, PLMA, and NACS about retail brand development and growth. 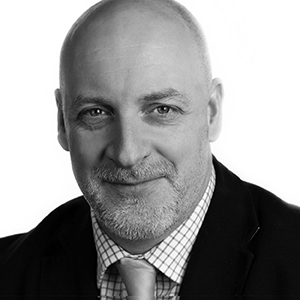 Fred is the CCO / Partner for Kaleidoscope. Fred ensures that Kaleidoscope leverages its diverse creative talent from all offices in Chicago, New York Europe to generate fresh, strategic packaging design solutions for clients.

Fred joined Kaleidoscope in 2014 and has worked in the international design industry for more than 20 years, specifically in the “Fast Moving Consumer Goods” category. Having worked for some of the world’s leading branding and design companies in Britain, USA, Switzerland, Fred brings a multifaceted perspective and rich design philosophy to Interbrand’s design. A sought-after speaker at and industry events, Fred has been profiled in local, national and international press publications such as Wall Street Journal, Adweek, The Economist, Hot Graphics International, Graphis, Design Week, Communication Arts, Brandweek Shelf Impact. He is a member of the Design Management Institute. 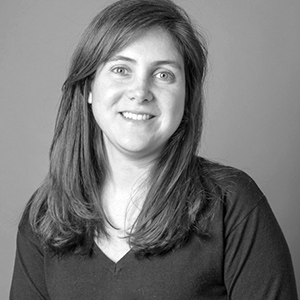 Head of the Branding & Visual Identity

From Rio de Janeiro to New York and landing in Paris in 2006, Tatiana Ryfer has a design career marked by an international path.

Head of the Branding & Visual Identity design department in Carrefour for over 8 years now, Tatiana was able to contribute to building the design culture inside the company. By managing all the brand’s visual aspects, she helped create consistency through all customer’s touchpoints.

With a prior 3-year experience in the Decathlon Group – leading European Sports Retailer, known for its innovation approach – as Branding & Packaging Manager, Tatiana had the opportunity to create and develop some of the group’s own brands and to collaborate with its 160 members design team.

Her former experiences were split between Brazil, where she opened her own design Studio specialized in Branding, Signage and Packaging and became a referenced packaging teacher in one of the most renowned design schools in the country and New York where she spent 3 years doing a Branding & Packaging Masters in Pratt Institute and working for design agencies.

Rich from this experience, Tatiana shares a 360° design approach and a passion for building authentic brands that talk, share and understand its audience. 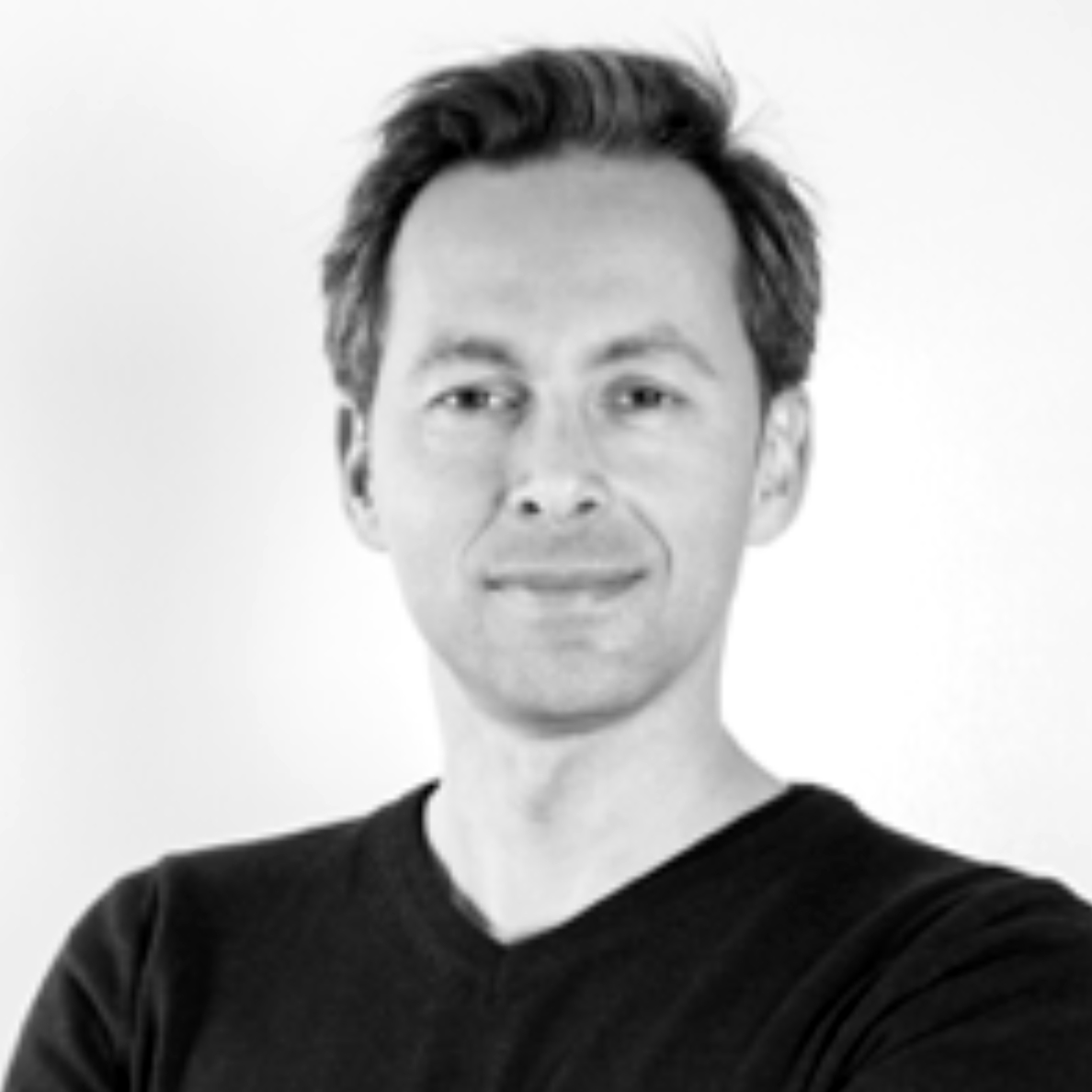 Jens is the creative director at Daymon International, where he leads a multi-disciplinary design team. He creates brands, retail design solutions and packaging design strategies for top retailers across the globe, focused on Private Brands. With almost a 20 year long career, Jens is a mixture of a creative mind and strategist, with a background that touches all fields of design.

After joining Daymon in 2013, Jens kicked-off the international design team and since then he has delivered projects for more than 28 Retailers, helping to develop brands in 19 different countries. This international experience makes him a reference in cross-countries design strategies and in bringing local culture into the design process.

As a lead designer, Jens is focused on people, in the start-up and development of design teams, fostering talent and in assuring focus on innovation and brand storytelling by implementing design best practices. He believes that passion delivers great work and that it transcends to the final product by creating strong connections with the consumer.

Jens is an award-winning designer in branding, packaging design, product design and editorial, including 19 Vertex Awards. 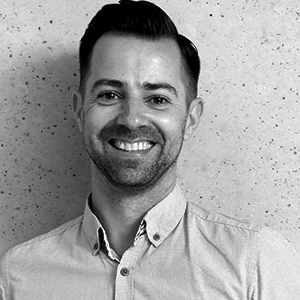 Nick is responsible for the creative concepts and development from the agency. Or the Beautiful Thinking stuff. The rigor and relevance of the concepts, the perfection of the execution, the all-around inspiration, imagination, and general ‘swipe-me-sideways-that’s-brilliant’ – ness of everything. And Nick is very, very, very, add a very, attentive to detail. Expect high standards. He does. 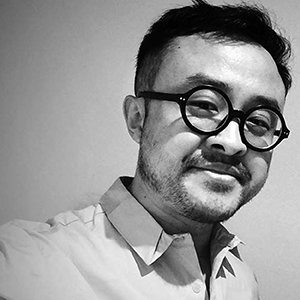 He graduated from the School of Architecture at China Central Academy of Fine Arts (CAFA). He then majored and graduated with a master’s degree in urban image design at the School of Design, also at CAFA.

Mr. ZHOU has been invited to Europe, Asia and America as Final Judge for several prestigious international Architecture/Design/Creative/Digital awards. 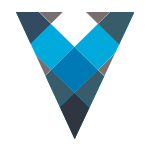